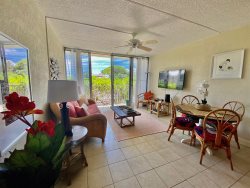 Weather on the Big Island of Hawaii

The annual average precipitation at Puako is 11.17 Inches. Rainfall in is fairly evenly distributed throughout the year. The wettest month of the year is December with an average rainfall of 1.94 Inches.

Jump to a Rental